Skip to content
INDUSTRY NEWS
Come To Learn About The Latest Information On Waste Recycling Industry! 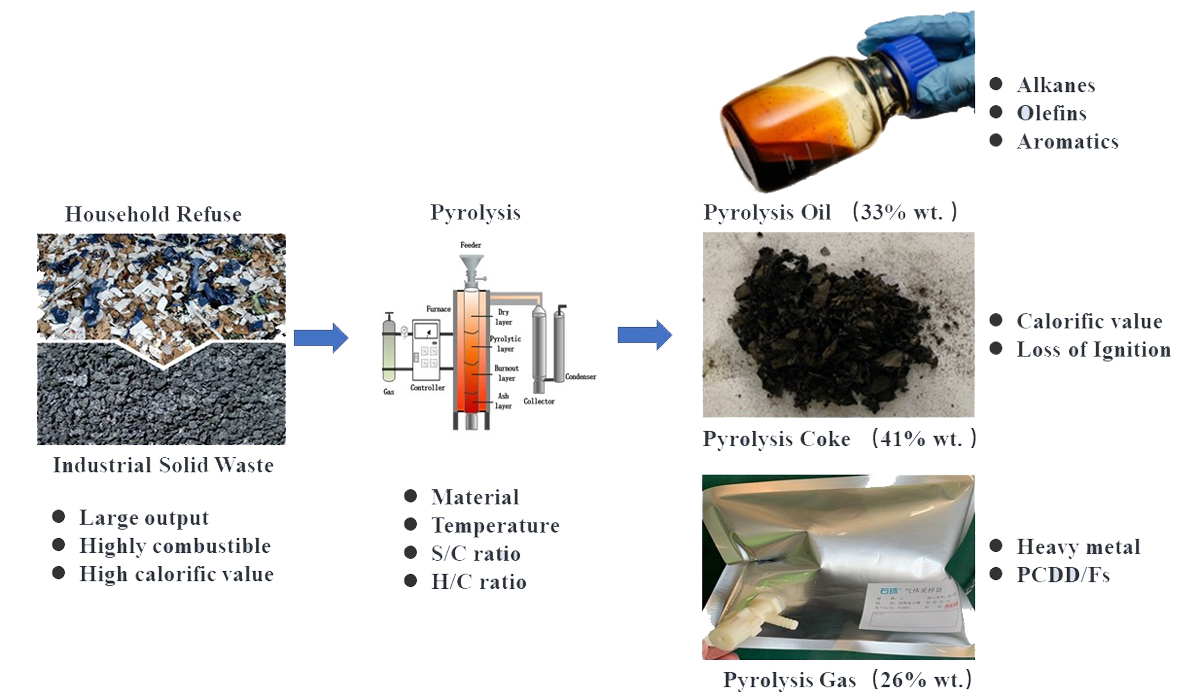 This article conducts a comprehensive analysis and elaboration on the potential of pyrolysis processes in the waste management sector. We will take oil sludge pyrolysis treatment method as an example, to analyze the characteristics of solid waste and the pyrolysis of municipal solid waste.

Disadvantages of Solid Waste – Pollution and Harm to the Environment

With the development of urban construction, land resources are becoming more and more precious, but a large amount of solid waste is generated, which will cause serious waste of land resources.

If solid waste is dumped in rivers, lakes or seaswithout any treatment, itwill cause serious pollution to water resources. At the same time, viruses in solid waste can also cause water-borne diseases.

Many cities in our country stack solid waste directly in the open environment, which will cause the harmful substances in the waste to be scattered in the air at will, and alsocause serious pollution to the air.

Solid waste will cause some harmful substances such as parasite eggs and heavy metals to be produced in the soil, leading to a decline in the quality of the soil, and thus causing pollution to the crops that grow in the soil.

In addition to the United States, some developed countries in Europe and China, Japan in Asia have realized that incineration of solid waste has many disadvantages, which prompted them to start research on pyrolysis technology. The converter pyrolysis technology was also put into market use soon.

The pyrolysis of municipal solid waste refers to making waste tires, plastics, rubber or oil sludge cracked in a closes furnace (named “pyrolysis reactor”), to produce liquid oil, non-condensable combustible gas and solid products at a certain temperature and pressure. Generally speaking, the pyrolysis process can convert waste tyres, plastics, rubber or oil sludge into fuel oil by high temperature and a certain pressure. The whole pyrolysis process is a chemical reaction, which is continuous and simultaneous. In the course of the reaction, isomerization will occur, forming some complex reactions of broken bonds of organic compounds.

Garbage contains many harmful substances that seriously pollute the environment and pose a serious threat to people’s health. In recent years, people have gradually begun to pay attention to the green treatment of solid waste, but there are still some unreasonable landfill composting treatment methods. If pyrolysis technology is used, solid waste can be transformed, forming oil collection, slag sale and other industrial available resources. In this way, it can save valuable land resources, protect the ecological environment, and have very objective social and environmental benefits. Get more about the pyrolysis methods and machines from Beston Group.