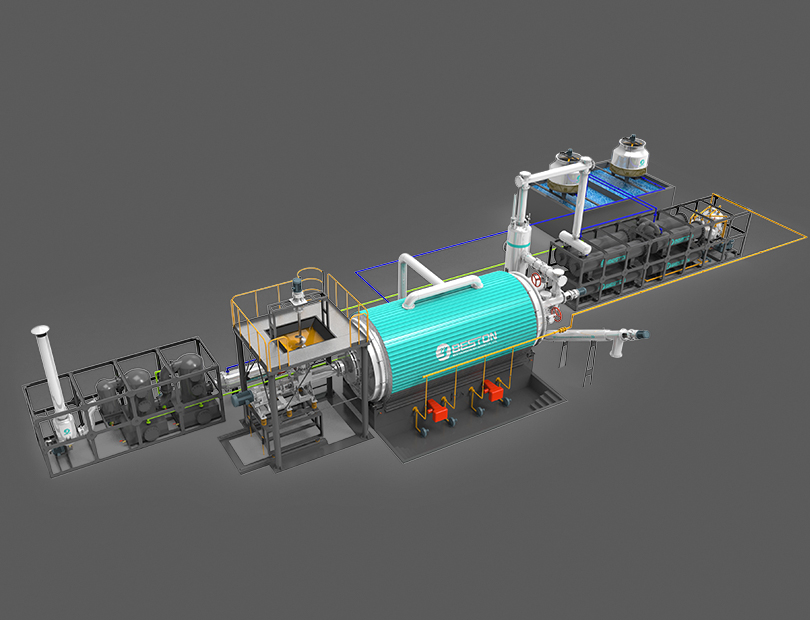 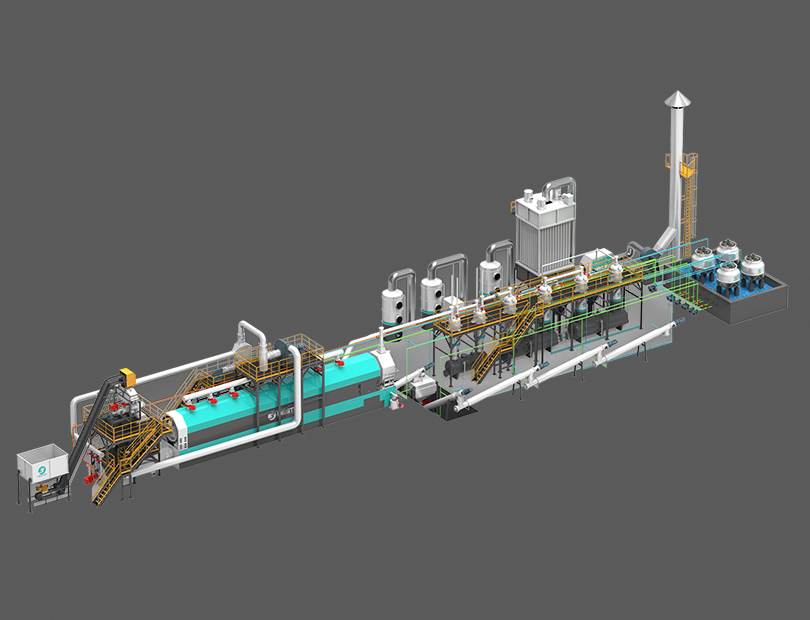 Learn about the components of Beston pyrolysis plant here, including 8 systems.

Get a Free Quote 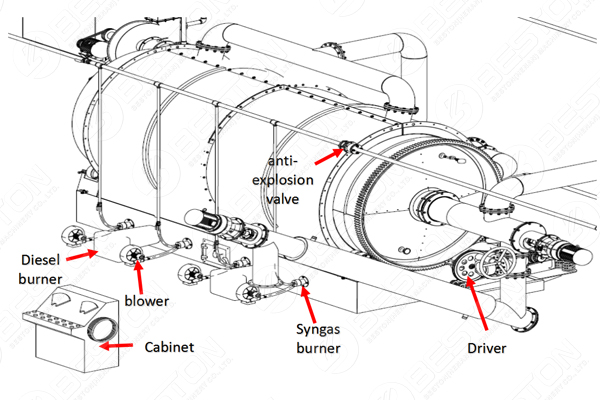 Pyrolysis plant, is a device that puts waste tires or waste plastics in a closed container, heats and cracks them at a certain temperature and pressure to produce liquid oil, non-condensable combustible gas and solid products. Every part of the plant plays an important role in the whole production process. Here, we will introduce the components of the latest pyrolysis plant for sale designed by Beston Group in details for your reference.

The components of the latest pyrolysis plant designed by Beston Group includes the following 8 parts: pretreatment system, feeding system, reactor system, condensing system, tail gas treatment system, slag discharge system, electronic control system and other accessories. All the systems support each other and interact with each other to complete the pyrolysis process with high efficiency. Customers can also increase or decrease configuration according to their budget and specific plan.